Our Attitudes Towards Money

Let’s Talk About You

Tell what you can do for your visitor and how your service can help.

I educate people on money and investing, and I also help people implement plans and structure on how they should handle their finances. This is financial planning. That’s great, everyone needs that, however, what isn’t structured are our emotions and behaviours towards money.

Money is an emotional topic. How we behave and our attitudes towards our surviving resources, money, is deep-rooted in us as long as 35 million years ago, which helps us understand why we do what we do and feel the way we do. I believe this is so important because it will help us become more self-aware which in turn can lead us to not make poor financial decisions.  After reading Claudia Hammond’s Mind Over Money, I just had to share some of her insights with my audience as I find this so interesting, and I hope you do too.

One of the most irrational behaviours we tend to succumb to is loss aversion.  When the thought of a small loss holds greater power than the prospect of a larger gain. Put it this way, the feeling of losing $50 is much more painful compared to the good feeling of gaining $50. In fact, researchers have been able to measure this feeling, as it being over twice as strong as our attraction to a gain of the same size.

Why is that? This makes no sense, right? It is irrational as the absolute amount is the same, but our feelings are not.  This isn’t just humans. Researchers have done studies on monkeys as well, our evolutionary cousins.  More specifically, Professor Laurie Santos from Yale University, while on a trip in Puerto Rico studying the behaviours of Cayo Santiago monkeys, was so fascinated by their problem-solving skills that she wondered if they, too, were loss averse.

Santos and her team conducted this loss aversion study with captive capuchins at the Comparative Cognition Laboratory at Yale in a series of steps.

First, these monkeys were trained to exchange shiny round tokens for fruit -this was their marketplace. They discovered that, like humans, monkeys “spend” and “value” their tokens differently. Some monkeys would steal other monkeys’ tokens (but not the fruit!), and some would hoard their tokens.  Some were even smart enough to spot the “best deals” – going to different traders that offered bigger portions of fruit for the lowest number of tokens.

So now that these monkeys were familiar with how the marketplace worked, the researchers introduced some trickery in the marketplace. Which trader had the best deal?

All in all, 50% of the time, the monkeys would receive two grapes, and the rest of the time, they received one grape – from both traders.  It all nets out to be the same. It’s just a matter of how it was presented to them.

What was the result? The monkeys subsequently went to Trader #2, 71% of the time. Seems like monkeys also exhibit loss aversion!  With Trader #1, the display of two grapes, and then taking one away, is like a loss to them.  With Trader #2, the display of one grape, and then the last-minute offer of a second grape seemed like a gain. Just like humans, these monkeys seem to hate loss!

It’s so deep-rooted in us and therefore, difficult to overcome. Why?

Neuroscientist Dean Buonomano suggests loss aversion stems from pre-historic times -the time when humans’ main objective in life was to find enough food to survive. During these times, food was their prized possession, so they valued what they already had over the prospect of gaining extra food, especially since they had no way of storing it.  Under these circumstances, getting extra food was welcome, but losing food would be detrimental as it would lead to starvation.

We hate loss.  Monkeys hate loss!  Yet, it is this loss aversion that cause people to make poor financial decisions.  Take any asset bubble or financial crisis in history. In all those cases, there are people that have flat out refuse to cut their losses on leveraged investments or have panicked at the first sight of loss – they are the epitome of those that buy on greed and sell on fear.

That loss feeling is so paramount they will do just about anything to reverse it. This is especially troubling when holding assets that are leveraged (real estate or buying on margin) or people putting their money into highly speculative investments that they do not understand (cryptocurrencies).  This ends up being catastrophic for some people, as they make not just irrational decisions, but they choose the option with the worst outcome. 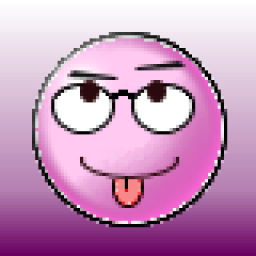